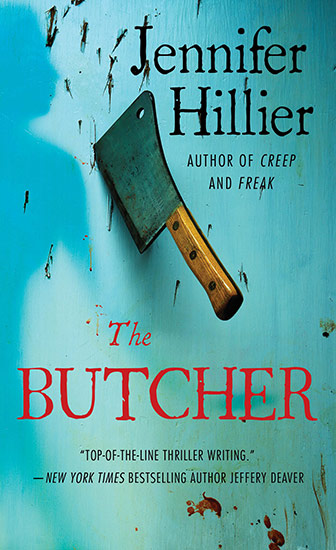 From the acclaimed author of Creep and Freak whom #1 bestselling author Jeffery Deaver praised as a “top-of-the-line thriller writer,” a high-octane novel about lethal secrets that refuse to die—until they kill again.

A rash of grisly serial murders plagued Seattle until the infamous “Beacon Hill Butcher” was finally hunted down and killed by police chief Edward Shank in 1985. Now, some thirty years later, Shank, retired and widowed, is giving up his large rambling Victorian house to his grandson Matt, whom he helped raise.

Settling back into his childhood home and doing some renovations in the backyard to make the house feel like his own, Matt, a young up-and-coming chef and restaurateur, stumbles upon a locked crate he’s never seen before. Curious, he picks the padlock and makes a discovery so gruesome it will forever haunt him . . .

Faced with this deep, dark family secret, Matt must decide whether to keep what he knows buried in the past, go to the police, or take matters into his own hands.

Meanwhile Matt’s girlfriend, Sam, has always suspected that her mother was murdered by the Beacon Hill Butcher—two years after the supposed Butcher was gunned down. As she pursues leads that will prove her right, Sam heads right into the path of Matt’s terrible secret.

“A tense, suspenseful, thoroughly creepy thriller” (Booklist), The Butcher will keep you guessing until the bitter, bloody end. Don’t miss this “thrill ride that will have your attention from start to finish.” (Suspense Magazine).

Praise for The Butcher

“Hillier sends her reader into a labyrinth of creepy twists and grotesque turns. The secrets of the past refuse to keep quiet in this disquieting, taut thriller.”

“Thrill ride that will have your attention from start to finish.”