I’m not sad to see 2020 go, but I’m realistic enough to know that nothing instantly changes when the ball drops at midnight. 2020 was a hard year for us all, and for some, it was truly terrible.

I suppose there has been some good to come out of it, though I couldn’t always recognize it as being good at the time. My husband has been working from home since March, his physical presence taking up so much space in our small house… but we’ve adjusted (and by we, I mean me).

I learned to cook a whole bunch of new things. I baked a bunch of stuff, too, though my baking skills are still abysmal, even with the fancy new Cuisinart stand mixer, which was a total “pandemic purchase.” (I’m slightly better at playing my ukulele, which was my other pandemic purchase).

I released a book back in April, which feels like a hundred years ago, and somehow Little Secrets managed to find its way to readers despite all that was going on. I’m proud to say it finished the year with a bang, even hitting a few Best of 2020 lists.

I also had the opportunity to do a lot of book events — almost none of which were planned pre-pandemic — thanks to Zoom, Facebook Live, Instagram Live, and a couple other platforms whose names I’m now forgetting. (I basically have the memory of a goldfish, except when it comes to people who’ve wronged me. Which is why all my books are about people who’ve wronged other people — where else would I draw inspiration from?).

But, as happens with even the best chocolate, if you eat too much over a long of period of time, you get sick of it. Like many writers, I was initially excited I could do virtual events from the comfort of my home. But after doing 47 of them between April and November (plus 3 in-person events in January and February), Zoom fatigue finally set in.

Did these events sell any books? I honestly have no idea, because by late spring it felt like most writers were on Zoom, many of us at the same time, competing for the same audience. Still, seeing a few friendly faces over Zoom beat seeing no faces at all.

I had hoped to finish a book in 2020, but that didn’t happen. I don’t write well when I’m anxious. I’ve never been one of those writers able to channel negative feelings into a book — my darkest thrillers were written in my happiest times. Instead, 2020 made me a teacher, same as most parents with younger children at home, and keeping my now six-year-old son occupied and safe was the clear priority.

It’s fine. The fact that I recently deleted 35,000 words of a new manuscript right before Christmas — leaving me with zero words — is also fine. I know when a book isn’t working, so I killed it.

The good news is those words aren’t really deleted. They’ve just been moved into a folder where all the dead scenes go, awaiting resurrection.

My husband Darren loves puzzles. A lot of people do, and I’ve seen so many folks posting pictures of their finished puzzles or puzzles-in-progress. I have to admit… I don’t get it. I don’t get why you would take a perfectly good picture and chop it up into pieces, only to spend days putting it back together. And then once it’s back together, you… chop it all up again and put the pieces back in the box. Like, WHY?

But I’ve been in the same room as my husband, half-watching as he works on them. He is meticulous and patient. He has a puzzle process, and it’s the same each time. He begins by sorting all the pieces — usually 1,000 of them — grouping them by their straight edges and overall colors. Then he puts together the frame. And then he assembles the inside of it, chunk by chunk, moving from one area to another, sometimes working on opposite sides, calmly taking his time as he figures out which pieces fit together and which pieces don’t. If a piece doesn’t fit, he simply puts it aside, knowing it will fit somewhere, eventually.

It occurred to me the last time I watched him do this (which was last night — yeah dawg, it’s party central here) that this is basically how I write. I don’t outline, but once I’ve been at a story for awhile, the frame begins to emerge. And then little by little, the story gets filled in, chunk by chunk, scene by scene, sometimes at the beginning, sometimes towards the end, sometimes in the middle. The process is never linear (though sometimes I wish it was).

Those 35,000 words I deleted? From experience, I know that 80-90% of them will make it back out of the dead scenes folder and into the new manuscript, fitting somewhere, eventually. And the book will get written. Because it always does.

In what feels like totally random and unexpected good news, I found out that my first publisher, Gallery Books, is planning to reissue my debut novel, Creep. It will be available in a new mass market format, complete with a new cover, on March 30, 2021.

To say I was surprised when I got the email back in June would be a massive understatement. I wrote Creep in 2008. After working through 7 drafts, it landed me representation with my incredible agent in 2010 (who I’m still with today). It was published in 2011. By the time it’s released again, it will be a 10-year-old book.

I’m so used to hustling for everything I’ve ever gotten in this business that for a while I had no idea how to feel about this news. Which is probably why I sat on it for so long. It feels like… a unicorn, and I’m almost afraid that it will disappear in a puff of smoke if we make eye contact. This is a second life for the book that made me a writer in the first place.

If you’ve never read Creep, I’d be curious to hear what you think. It’s about a sex addicted psychology professor who has an affair with her student… who might be a serial killer. I got the chance to give the book another edit over the summer, and when I read it back in its entirety (something I hadn’t done in 9 years), I was surprised by the story I wrote. I’d forgotten so much of it, it was almost like reading someone else’s work. And it was kinda sexy (in a really messed up way). Scroll down for the new cover (and you can pre-order the new Creep here.)

I sincerely hope this email finds you and yours safe and well. Talk to you in another… 8 months? (I’m a big believer in keeping people’s expectations low). In the meantime, you can find me in the usual spots — Facebook, Twitter, Instagram. But hopefully not too much.

I’ve got a book to write. 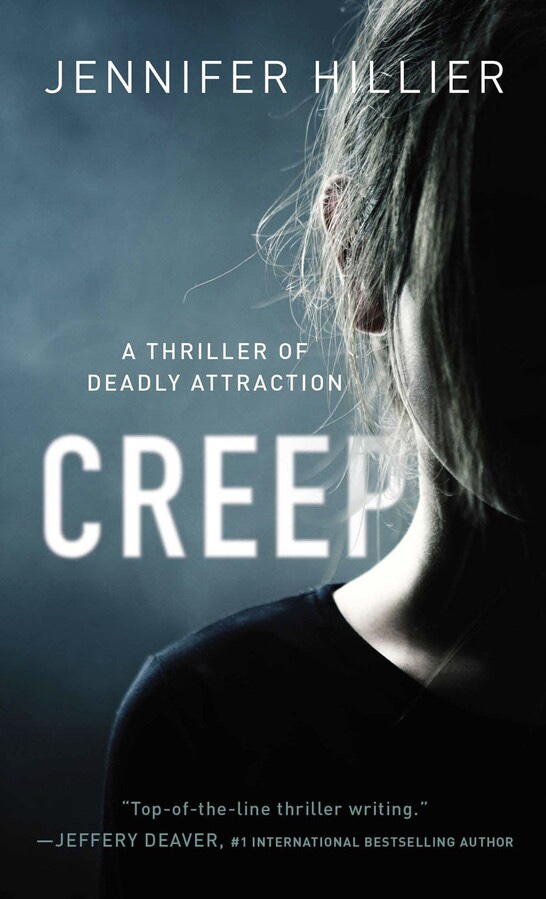