The necessity of self-delusion

(Note: this is a repost of my newsletter which was originally sent out on Tuesday, May 8, 2018. To subscribe, please click here.)

I referenced an interview with Chelsea Cain in my last newsletter, in which she described how important it was to delude herself into believing she can actually write books that are worthy of being read. And I agree with her completely – writing is a mindfuck at times, in so many ways. To write well, we have to dive deep into pools of emotions that are difficult to process, let alone describe to someone else. People who’ve wounded us may show up in the form of characters; snippets of soul-crushing conversations bleed into our dialogue; a woman we’ve been fascinated by in real life somehow ends up the villain in our next book.

As a writer, I think I’ve gotten better over time, but lest you think I’m arrogant, please know that my insecurities are as strong as ever. I’m just become more practiced at managing them, and knowing when to squash the little voices in my head that pop up at inopportune times to remind me that I might actually suck at writing, and that I’m damn lucky any book of mine got published, ever.

It was a hard decision to leave my first publisher. Three sleepless nights in a row and a solid final offer. Writers aren’t supposed to talk about stuff like this, but I want to talk about stuff like this, because these are the kinds of conversations I want to have. I did four books with Gallery over a period of six years. I had the same publicist from day one. I had two editors. This was a good team. These were (are) good people. They got my career off the ground, and they’re all still friends of mine.

But JAR OF HEARTS was different, and the best I can describe it is that I envisioned something different for it. I felt I had grown as a writer, and I was ready to reinvent myself, and sometimes it’s hard to do that in the place you’ve always been.   JAR OF HEARTS was a crazy writing process, not remotely linear. I remember hitting the 70,000 word mark (my novels usually publish around 90,000 words, so I was close to the end) and I still had no idea what the book was about. I was writing scenes as they came to me with no idea of how they would work in the story. There were scenes from the present, and scenes from the past, and everything seemed vitally important and worth keeping, but for the longest time I couldn’t figure out how any of it was supposed to fit together… let alone flow.

Then one day, in the shower (fun fact: all my best ideas happen when I’m shampooing my hair – maybe that’s why Aveda is so expensive), it suddenly clicked. I turned off the water and, sans conditioner, ran back to my computer in my bathrobe to jot down the important thing I’d just figured out. Then I called my agent and said, “I’ll have a new book for you in about a month. I think it might be something really good.”

Was I deluded at that point? OF COURSE I WAS. How the hell was I supposed to know it was any good? Nobody had read it. I still wasn’t totally sure what it was about. It was currently a mess – and worse than that, it was an unfinished mess. But in a flash of botanically derived, sulfate-free inspiration, I had managed to change my thinking, and I convinced myself that JAR OF HEARTS was going to be great. Because what was the alternative? Believing it was a pile of crap? No. That’s not useful. Self-delusion was necessary so I could finish the damn book. Otherwise, the self-doubt would have caught up to me, and the voices in my head – the ones that whisper mean thoughts about my writing, that question the direction the story is taking, that laugh obnoxiously when I attempt to write something meaningful – would have won.

In terms of reinvention, I’ve overhauled a lot of things. Some little, some big. My website got a new domain name (jenniferhillierbooks.com) plus a complete, custom, long-overdue redesign (and I owe a big shout-out to Maddee James of xuni.com for taking my vision and making it even better). I have a new author photo. I’ve been making videos (yes, videos, where you can see my face do weird things as I’m speaking). I’ve adopted a more healthy lifestyle and I physically feel much better than I have in about twenty years (for real). Good, necessary changes, overall.

But back to Gallery for a second. I mentioned in the last newsletter that my debut novel, CREEP, is a Kindle Monthly Deal for May. Right now the price is sitting at $1.55 (is that weird? That seems weird) which is even cheaper than it was last week. Hey, Mother’s Day is coming up. Nothing says I Love You, Mom like a creepy psychological thriller. (Is that weird? That’s probably weird). 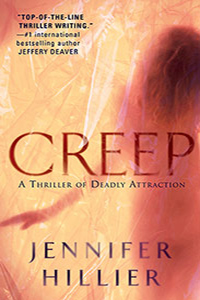 Another winner to announce! Congratulations, Jeff Shelby, you have won an ARC of JAR OF HEARTS! Please send your mailing address to jenniferhillierbooks@gmail.com. 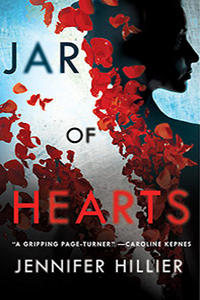 So I’m almost to embarrassed to admit this, but I’ve only just read Alafair Burke for the first time. I’ve seen her speak on panels and I stalk – I mean follow – her on Facebook, but for some reason I never actually read anything of hers until about a month ago. I started with THE EX, since I’d had it in my Kindle forever, and then devoured THE WIFE when I was in Punta Cana on vacation with my girlfriends. Both were absolutely spectacular. They’re standalones with one crossover character, so it doesn’t matter which one you read first. (If you’ve read her already, there’s no need to say “I told you so.” I’ve been schooled). 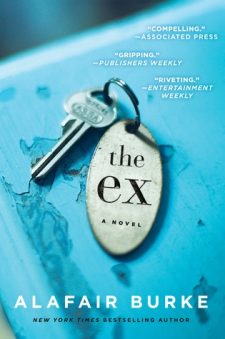 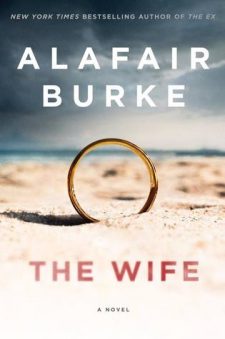 I’ll be in the Bahamas next week on a family vacation, so I might not have another newsletter until I get back. (I know, two beach vacations in two months, I’m a lucky girl). I still have two ARCs of my book to give away, so if you know anyone who might be interested in winning one, please forward them this newsletter and tell them to sign up!